I’m not a huge fan of auction games. I’m just not great at figuring out value for money and deciding when to stop bidding on something.

Probably why I don’t do the family finances.

For some reason, though, the first time I played Modern Art, I was enthralled with the game.

I still sucked at it, but was enthralled. 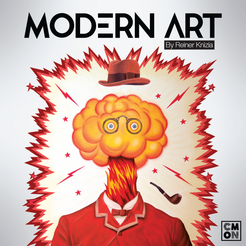 Modern Art is a game designed by Reiner Knizia, originally published in 1992, though I played the new edition of the game published by CMON Limited in 2017.

In the game, 3-5 players are basically auctioning art to other players, trying to have the most money in your museum at the end of the game.

The game contains cards with the artwork of five different artists, which represent the paintings you are auctioning. Over a series of four rounds, you will be putting cards in your hand up for auction, using the type of auction that’s on the card.

In player order, one player puts a painting up for bid. After the auction is over, the next player gets to auction a painting.

Auctioneers can also win the bidding, though they pay the bank  (other players pay the auctioneer)

There are five auction types:

Players can bid in any order (even the auctioneer), just shouting out their bid. When people stop bidding, the one who bid the highest wins.

Players take the amount of money they’re willing to bid and put it in their closed fist. All open simultaneously. The highest bidder gets the painting.

The round ends when the fifth painting of an artist is put up for auction. It ends immediately (the final painting is not actually auctioned).

Then you sell back your paintings, at a value determined by the popularity of the artist that round (i.e. how many of that artist’s paintings were played, including the one that ended the round).

The board has a space for each artist in each round. The most popular artist (most paintings played) will have their paintings get the “30” dollar value marker, then 2nd most popular “20” and the third “10”. The other two artists’ paintings don’t get any added value that round.

Each player sells their paintings for the total value of that artist’s popularity (which could be $0). The numbers on the board are cumulative, so at the end of the 2nd round, Ramon Martins’ paintings will be worth $50 when you sell them back. Rafael Silveira’s paintings will only be worth $10 because he was third-most popular in round 1 but not among the top three in round 2.

New cards are dealt to the players and the new round begins.

At the end of four rounds, total up your money and whoever has the most is the winner!

I’m not sure why this game grabbed me like it did. It has everything I don’t like about auction games: trying to determine value, paying more for something than its worth, all of that.

Yet I loved my first play of it. 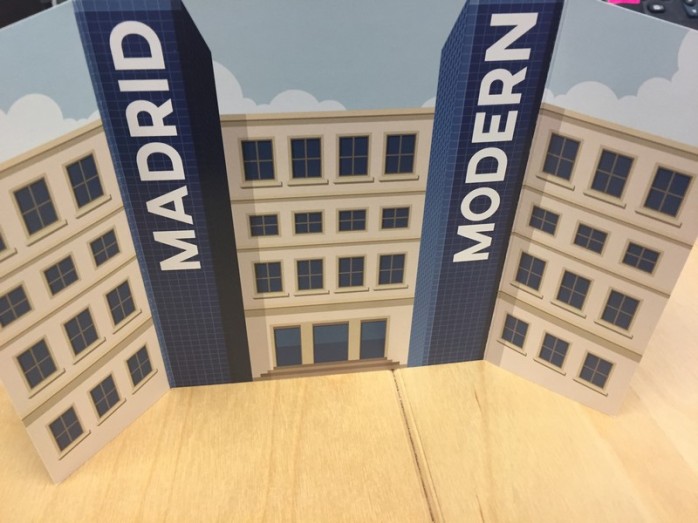 I loved the screens that you hide your money behind (your museum, basically)

I loved the chunky, easy to use money, made of thick cardboard. 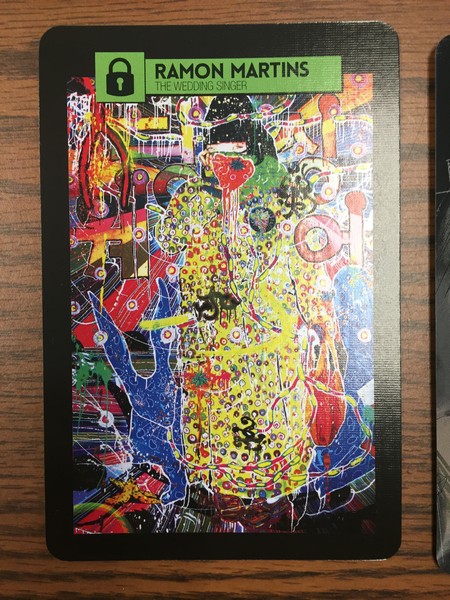 I loved the artwork on the cards. Some of these artists are really good!

There’s just something about the wheeling and dealing involved in this game that just really grabbed me.

The components in CMON’s version of the game are just amazing.

The gameplay is quick and easy to explain, the game takes under an hour (our 4-player game took 50 minutes), making it a perfect lunch-time game.

I’d have to play it more to see if it sticks with me and to do a full review.

But after my first play, I decided I really wanted this game.

Thankfully, it came up in the Math Trade that I recently did, and surprisingly the copy I got was the one I had played, as my friend had put it up in the trade.

I’m really hoping to give it a whirl at lunch next week and see how some “non-gamers” do with it.

I think they’ll have a blast.

Join 2,069 other subscribers
Follow Dude! Take Your Turn! on WordPress.com